Salinas Police Detectives responded to the scene and took over the investigation. They learned that both Ramos and Ferrel had arrived at a residence a short time earlier to pick up a vehicle they had rented on a ridesharing app. While waiting outside the residence a silver sedan occupied by 4 subjects pulled up to the victims and asked Ramos where he was from. Two of the 4 occupants on the vehicle opened fire striking and killing both victims. The sedan fled northbound after the shooting. Salinas Police Detectives began to collect video surveillance to determine the suspect vehicle’s direction of travel in hopes of finding further investigative leads.

Detectives and Patrol officers were able to locate information on the suspect vehicle and identified the driver of the vehicle as David Delgado Jimenez (21). Jimenez was arrested by Salinas Police Officers on September 2, 2021. Since that time Salinas Police Detectives re-interviewed witnesses, examined evidence and identified new investigative leads. As the investigation continued Detectives were able to identify the remaining three suspects who were in the vehicle at the time of the incident.

On January 6, 2022, Yohani Nevarez Mendez (18), who was in custody on unrelated charges was lodged at the Monterey County Jail on two counts of murder.

On May 2, 2022, a juvenile male who was 17 at the time of the incident was lodged at the Monterey County Juvenile Hall for two counts of murder. The fourth and final suspect, Mario Alexander Rodriguez (20) was charged by the Monterey County District Attorney’s Office for two counts of murder on July 13, 2022. There are no outstanding suspects and Detectives do not believe there is any additional risk to the community.

These arrests are a direct result of the tireless efforts of the Salinas Police Department in cooperation with the Monterey County District Attorney’s Office. As is always the case, this arrest would not be possible without the help of our community in providing information to assist in developing investigative leads.

The Salinas Police Department is committed to working diligently in partnership with our community to bring perpetrators to justice and closure to the families of victims of violent crimes. 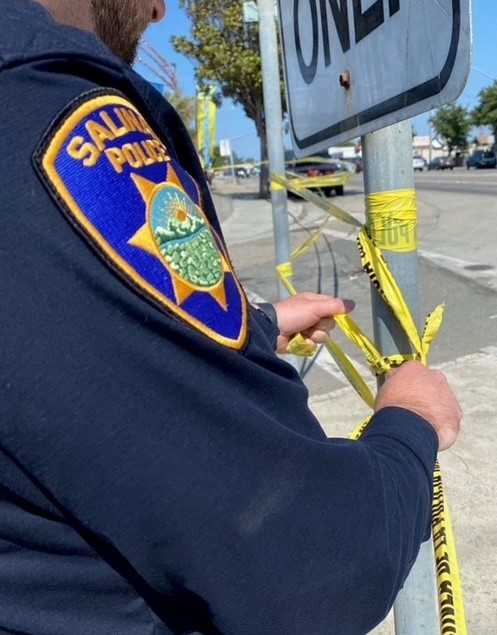