UPDATE 10-13-2021: Second suspect, Victor Barron Aguillon (41) has been arrested in connection with the W. Lake St. at Martella St. homicide which took place on Monday September 27th. Another suspect, Roberto Rodriguez (29) was arrested on a homicide charge on 9/29/2021

The investigation is ongoing, if anyone has any information you are encouraged to contact Detective Alex Zamora at 831 758-7148

On Monday, 9/27/21 at approximately 12:45 pm Salinas Police Officers responded to a report of a victim of a shooting near the intersection of W. Lake St. and Martella St. On arrival they located an adult male victim suffering from gunshot wounds. The victim has been identified as 18-year-old Kazia Blunt.

The investigation revealed that the victim was confronted by a group of men and that at least two of the men in the group brandished handguns and shot at the victim multiple times resulting in his death. Through the course of the investigation Salinas Police Detectives have been able to identify Roberto Rodriguez Jr (29) as one of the suspects.

On Wednesday, 9/29/21 Detectives located Rodriguez in the area of Chinatown, and he was arrested after a short foot pursuit and subsequent standoff.

This is still an ongoing investigation with additional suspects and anyone with information regarding this incident is encouraged to call Detective Alex Zamora at 831-758-7148 or you can email him at [email protected] If you wish to remain anonymous you may also call the Salinas Police Department anonymous tip line at 831-775-4222. 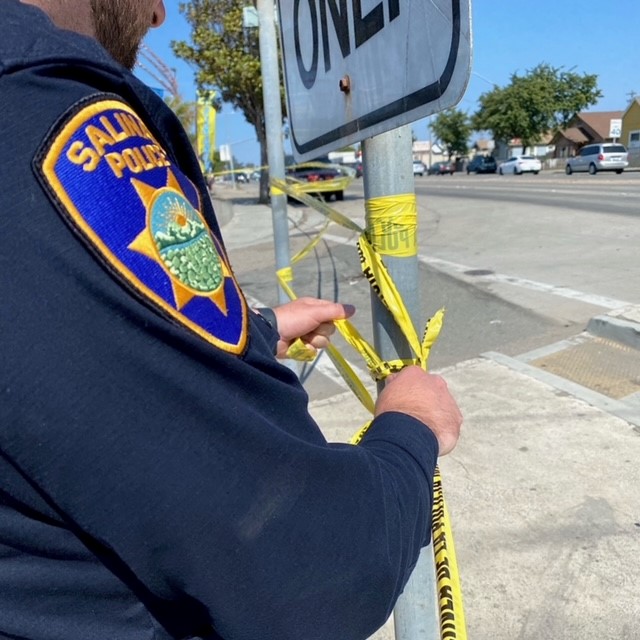